The JSC “National Center for State Scientific and Technical Evaluation” held the roundtable “Issues of improving the quality of international status of Kazakhstani scientific journals”.
The Vice Minister of the Ministry of Education and Science of the Republic of Kazakhstan A.Amrin, representatives of the international company Springer Nature, Clarivate Analytics, Committee of Control in sphere of Education and Science of MES RK, JSC “NCSSTE”, scientific organizations and universities of the Republic of Kazakhstan participated in the roundtable. 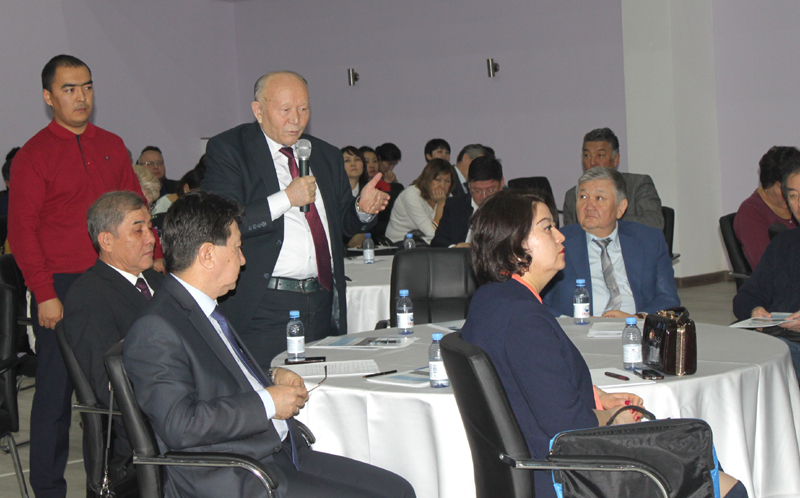 I. Alexandrova presented a step-by-step plan for the publication of Kazakhstani scientific journals according to the requirements of international scientific publishing house Springer Nature. In particular, she noted that 15% of all published abroad Kazakhstani articles were published in this publishing house. Also, she offered 3 versions of cooperation: to connect to the joint project of Springer and Russian company Pleiades, to identify the core of articles for the publication in English and give for publishing OpenAccess journal into RussianLibrary, publicly available on the platform of SpringerNature. In conclusion, I.Alexandrova called on participants of the event for concrete actions, namely, to fill out the form and submit an application for consideration of journal by international experts of Pleiades and SpringerNature up to 25th of November 2017. 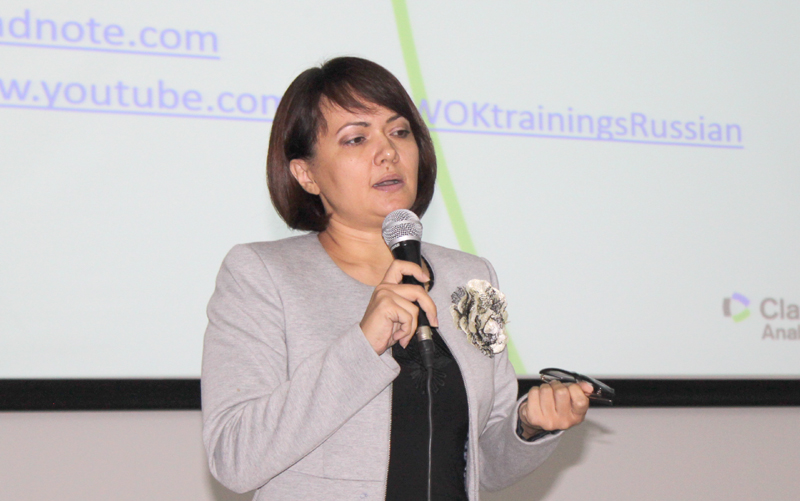 Tips for Kazakhstani publishers, editors and authors were given in the presentation of I.Tikhonkova, Clarivate Analytics Company. In her speech, she noted that any scientific journal should strive to join into the core nuclear database – CoreCollection. Noting, that for many journals it is important to have an institute of reviewers, the speaker recommended referring to free resource Publon, where 165,000 reviewers were registered. 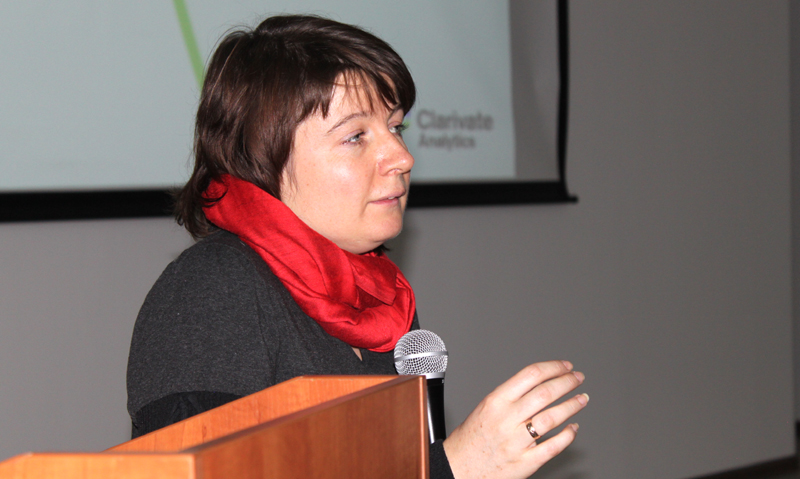 The representative of Committee of Control in sphere of Education and Science of MES RK K.Sakenova announced the idea of creation of Kazakhstani association of scientific journals, which main aim will be the improvement of quality of journals, their compliance with the international requirements and integration into the global scientific production.
A.Ibrayev, President of JSC “NCSSTE” presented and overview of domestic scientific journals ob base of Kazakhstani base of citation. He noted that 130 scientific journals were indexed in Kazakhstani database in 2016. All these journals are reviewed and checked for anti-plagiarism. 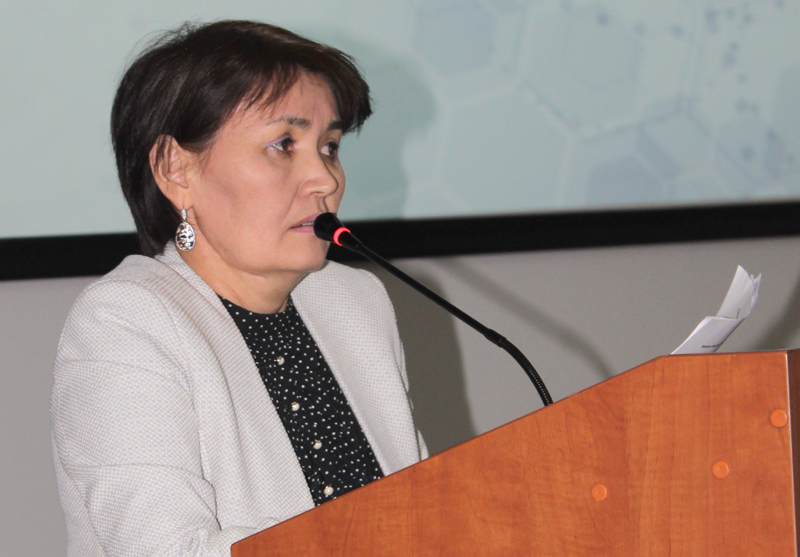 A.Zhubanysheva, head of the department of scientific publications of the university, shared the success story of two scientific journals of L.N.Gumilyov ENU, indexed in the international scientometric databases. Taking into account, that the issue of including of foreign members into the editorial board of the journal is topical, she noted that in one of the journals it is 40%, and in the second – 15%. It is, certainly, a fairly high indicator.
D.Sapargaliev, Director of the Center for Scientific Research of Almaty, spoke with the criticism of the Kazakhstani practice of the race for the number of publications. According to him, every third article is published in predatory journal. The main reason of this phenomenon, according to Sapargaliev, is that domestic authors are turning to the services of intermediaries offering to publish an article in allegedly indexed journals for a certain price. As a struggle against such publications that harm not only author, organization, but the country image, the speaker suggests publishing of the list of “black” journals at the ministry level, and to protect their brand at the university level and not allow the authors submitting the article in a fake journal, indicate the name of the university.
During the discussion, Vice Minister of MES RK A.Amrin made a speech. He made a fair criticism of our journals. He noted the generally low quality of journals. Domestic journals are “the face of Kazakhstani science, our reputation” and predominantly, they are not ready for the international competition. At the same time, he noted that the Head of State set the task for domestic science to increase the number of articles in scientific journals in English and their inclusion into the international information resource. Therefore, it is necessary to save the trend of publication activity and increase the quality of journals. MES RK is carrying out the work on distribution of knowledge and increase of competency of using the international resources and platforms with three key international rating companies: Elsevier, SpringerNature and ClarivateAnalytics. Only Elsevier next year will hold 300 training seminars on working with the database of Scopus. 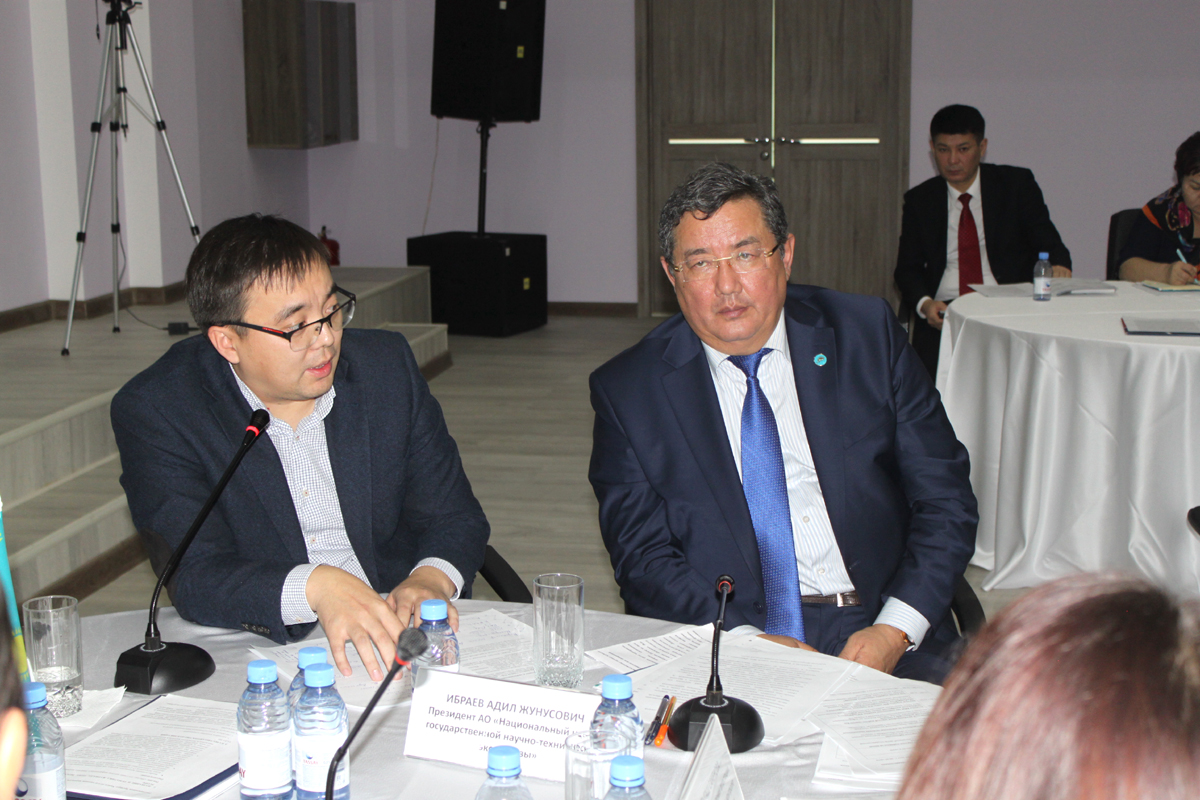 In addition, Vice Minister shared the medium strategic plans. MES RK launched a project on the creation of regional citation base of Islamic countries, which will cover the countries of Central Asia. Kazakhstan is the leader of this initiative and according to the speech of A.Amrin, there will be an Islamic citation base till 2019.
Based on the results of roundtable, the participants adopted a resolution on the support of creation of association of scientific journals.
You can see the materials of the roundtable below.

Recent news
24.09.2020
Statement by President of Kazakhstan Kassym-Jomart Tokayev at the General Debate of the 75th session of the UNGA
17.11.2017
The priority issues of improving the quality of international status of Kazakhstani scientific journals
16.11.2017
The system of electronic acceptance of scientific and technical projects will work soon